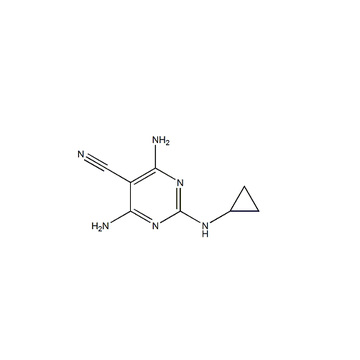 Dicyclanil CAS number is 112636-83-6, is an ecdysone analog, a pyrimidine compound. It is a novel insect growth regulator that works by interfering with the formation of insect epidermis, emphasizing the control and regulation of pest populations, and selectively controlling pests selectively. Dicyclanil CAS number 112636-83-6 has strong adhesion and can effectively control a variety of representative pests in insects and waxes, especially for herbivores that harm crops and ectoparasites that harm animals. As an insect growth regulator, Dicyclanil CAS 112636-83-6 can not directly kill ectoparasites, but can interfere with its normal growth and development, and mainly acts on the immature stage of the worm body, and has no effect on the mature stage worm body. It has been used in crops such as cotton, fruit trees, vegetables, rice and corn, and has been used in household hygiene to control pests such as flies and mosquitoes.It is a novel cyano-isophilic insecticide disclosed by Ciba-Geigy in Switzerland at the 8th International Conference on Pesticide Chemistry in 1994. It was developed by modifying the structure of chlortetracycline by interfering with insect epidermis. A new insect growth regulator that was formed and produced was first marketed in Australia in 1998. The dosage form is a spray.
In addition,Dicyclanil CAS number 112636-83-6 is not easy to tolerate, has low residual value, and has high ecological and social benefits, in line with the requirements and goals of today's green pesticides.