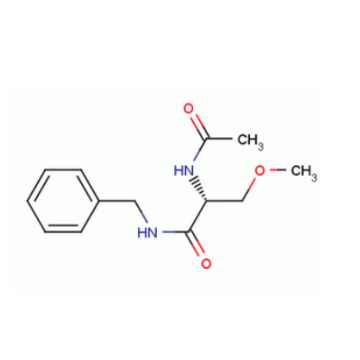 Lacosamide CAS number is 175481-36-4, it is the third generation of drugs for the treatment of epilepsy and neuropathic pain. which is the first anti-epileptic drug to treat partial seizures in the past three years, providing a new therapeutic option for uncontrolled patients with partial seizures. Lacosamide CAS175481-36-4 is a novel N-methyl-D-aspartate (NMDA) receptor glycine site binding antagonist, is a new type of functional amino acid anticonvulsant drugs, It has the dual function of anti-convulsion and analgesia.Lacosamide has a different mechanism of action from other marketed antiepileptic drugs. It selectively increases the slow inactivation of voltage-gated sodium channels and stabilizes the membrane of hyperadrine neurons, ultimately controlling epileptic seizures. Clinical studies have shown that lacosamide in combination with first- and second-generation antiepileptic drugs increases control of epilepsy. Lacosamide CAS175481-36-4 is a new broad-spectrum with good tolerability and low drug-drug interaction in patients with existing symptoms that can not be controlled by the drug. The drug respectively Approved by the European Medicines Agency (EMEA) and the U.S. Food and Drug Administration (FDA) in September and October 2008,it is suitable for partial seizures of 17 years and older with or without secondary generalized seizures Adjuvant treatment of epilepsy patients.